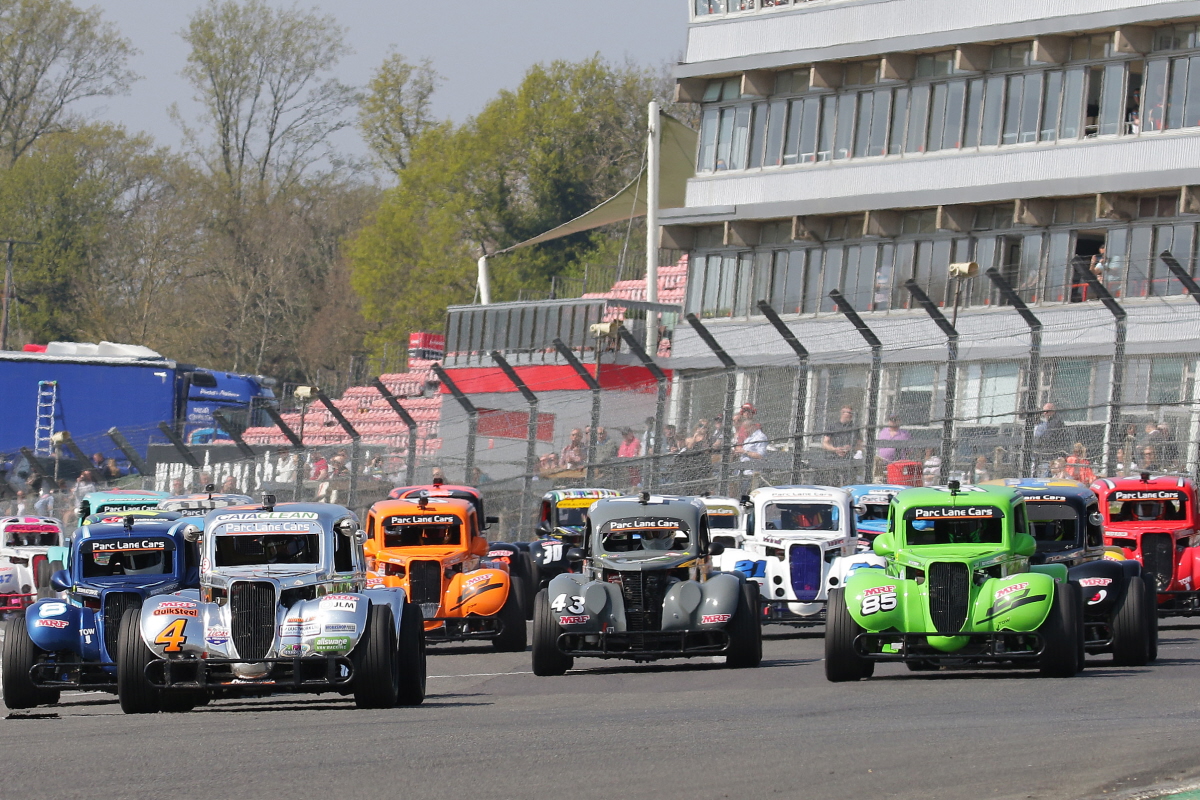 At Parc Lane Cars, we have a passion for vehicles of all shapes and sizes. Motorsport has always played a massive part in our family and our history includes stock car, Motocross, Superbikes, Moto GP and Isle of Man TT Sidecars.

This year we have been given the opportunity to sponsor the Legends Cars Uk National Championship and in collaboration with SulNOx will be bringing all 45 races from the coming 15 race rounds to your TV,  YouTube and socials.

Each race is brought to life with driver interviews, onboard footage, replays and commentary by renowned motorsport broadcaster Richard John Neil.

Why are Legends Race Cars so exciting to watch?

Unlike F1 and other race series Legends do not have a qualifying session followed by a race. Instead the 32 car grid race three times over the course of the meeting, scoring points according to finishing position.

The first race position is picked at random by picking a ball from a hat, the second race is the first grid in reverse order. The final is the most exciting with positions based on the points gained from from the first two rounds. The higher finishers have the most points and start from the back of the grid. The lower finishers have the least points and start from the front of the grid.

Each race is a short, sharp, generally frantic affair. Depending on the circuit length, the cars race for between 7 and 12 laps. Because of the unique grid system, the fast and not-so-fast are mixed together, producing some hectic action as the quick drivers try to battle to the front.

When and where can i watch it?

Racing will feature on Amazon in the UK, USA and Canada, on the Freesports HD channel in the UK and Samsung TV in the UK, Germany, Austria and Switzerland. We will also be posting the videos right here on this page when the footage becomes available from Digitex. Simply check this page roughly two weeks after each round for the latest footage.

ROUND FOUR - PEMBREY RACE CIRCUIT MAY 2022

ROUND FIVE - PEMBREY RACE CIRCUIT MAY 2022

Where can i find out more and how can i get involed?